all about rental insurance

4 Problems That Can Raise Your Auto Insurance (And Their Solutions)

Nobody wants to spend more on auto insurance than necessary -- and yet, many do simply because they've made some error or other that caused their premiums to spike. Fortunately, most problems have solutions, and auto insurance problems are no exception. Here are four issues that can boost your auto insurance, along with smart strategies for counteracting them.

The problem: The more an insurance company has to pay to replace a car, or the more likely such a replacement is, the more you'll pay to the insurance company in the form of higher premiums. Buying a $100,000 sports car would be sufficient to spike your insurance rates for this reason alone -- but it's far from the only reason. That expensive sports car probably has an enormously powerful engine under the hood as well. People don't buy such cars for leisurely jaunts to the grocery store; they buy them to go full throttle on the highway, making them a significantly higher accident risk. To the insurance company, this constitutes Strike Two. Strike Three comes from the fact that fancier cars are more desirable to thieves.

The solution: Buy a modest, used family car. Even a barely-driven used car has already depreciated significantly enough to reduce its replacement value. Models commonly purchased to transport kids, such as minivans and wagons, are more likely to be driven safely and responsibly in the eyes of your insurer. You may not be thrilled by the driving experience, but you'll be a lot happier when it comes time to pay the bills.

The problem: Most people have to commute to work five days a week, but some commutes are longer than others. If you live many miles from your workplace, you may experience higher auto insurance premiums because you're on the the road that much longer than someone who only has to drive a mile or two, increasing your accident risk. If you use your car to make a living as a delivery driver or other such position, your rates may be especially high because you're driving all day long.

The solution: If you can take public transportation to work and leave the car at home most days, tell your insurance provider and you might receive a lower rate. You may also enjoy lower premiums if you can show that your commute keeps you on sleepy neighborhood streets most of the time instead of forcing you onto dangerous, densely-packed highways.

The problem: Believe it or not, bad credit can lead to a bad deal on your auto insurance rates. Insurers associate a poor credit score with irresponsible behavior. An irresponsible driver is more expensive to insure because he's more likely to get into a wreck or park his car where it can get stolen. However unfair it may seem, you'll pay higher premiums if your credit score is interpreted in terms of poor decision making and/or lack of trustworthiness.

The solution: The only fix for this problem is to rehabilitate your credit score. Pay down large credit card balances, pay off any outstanding debts, and refrain from taking out unnecessary loans. Check your credit score to see whether there are any bogus demerits you can contest; you may be able to get them removed.

The problem: Every time you collect a ticket due to a moving violation, your auto insurance is likely to go up. The impact on your rate can vary according to the type of infraction you've committed, from minor (broken signal light) to moderate (speeding) to major (DUI). Multiple infractions will have a cumulative effect on your premiums, and it may be years before those rate increases expire.

The solution: Depending on the infraction, you may be able to cancel out any negative impact on your auto insurance rates by completing a defensive driving program, either in a classroom or at home. Ask your DMV about the defensive driving rules and options in your state.

Keep in mind that skipping certain important forms of coverage is not an intelligent way to save money on car insurance. Talk to your agent when comparing auto insurance quotes to make certain you have sufficient coverage for when trouble strikes. You can also check out sites like http://www.collinginsurance.com/ for more information. 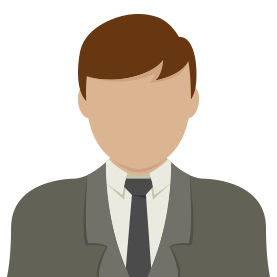 Living in a rental property isn't something that I really wanted, but it is the only option for me at this time. I have never had to rent a home before and I wanted to be sure that I was doing things right. Did you know that you should have renter's insurance when you live in a rented property? Did you know that the insurance that the owner has on the property doesn't cover your belongings or the liability issues within the rented space? This blog is all about rental insurance and will show you what you need and why you need it.